We will be adding events as conditions allow. Please check prior to planning your visit. Our hours are 10:00-4:00 Tuesday - Friday, by appointment. Please call us at 804-692-3800 to schedule an appointment.

Join other volunteers to transcribe handwritten pages by reading written text and typing it into digital form. Participate in enhancing access to collections of more than 400 years of Virginia history and culture. Twelve computer stations will be available. If you have your own laptop, please bring it! Transcribe-a-thons are facilitated by the volunteer organization HandsOn Greater Richmond. Minimum age is 16 (12 with an adult). Contact Sonya Coleman for more information at makinghistory@virginiamemory.com or call Hands On at 804-330-7400. Registration is required.

Read and discuss the best of today's Virginia literature—books by Library of Virginia Literary Award winners and finalists in fiction and nonfiction. On the second Wednesday evening of each month, join us for a book discussion with light refreshments, additional historical context, and even occasional author visits. This month, discuss We Face the Dawn by Margaret Edds (a 2019 Nonfiction Award finalist) and pick up March's book, Vox by Christina Dalcher (a 2019 People’s Choice Award for Fiction finalist). Loaner books available. For more information, contact Nan Carmack at nan.carmack@lva.virginia.gov or 804.692.3792.

A Conversation about Freedom Riders

Free and open to the public, this small-group discussion series encourages informed conversations around complex topics affecting Virginia. On the second Wednesday of each month, the Library will screen a segment from a documentary film, followed by a round-table conversation with input from a moderator and historical expert from the Library. Attendees are encouraged to share their perspectives with the group.

February 12’s event features a screening from the movie Freedom Riders and conversations around nonviolent activism during the struggle for racial justice. For more information, contact Emma Ito at emma.ito@lva.virginia.gov or 804.692.3726.

Join other volunteers to transcribe handwritten pages by reading written text and typing it into digital form. Participate in enhancing access to collections of more than 400 years of Virginia history and culture. Twelve computer stations will be available. If you have your own laptop, please bring it! Transcribe-a-thons are facilitated by the volunteer organization HandsOn Greater Richmond. Minimum age is 16 (12 with an adult). Contact Sonya Coleman for more information at makinghistory@virginiamemory.com or call Hands On at 804-330-7400. Registration is required.

In observance of Black History Month, the Library of Virginia and Dominion Energy honor five distinguished Virginians as the 2020 Strong Men and Women in Virginia History for their contributions to the commonwealth and the nation. Each generation of African Americans has built on the achievements of those who came before to lead the way to the future. The men and women selected offer powerful examples of individuals who refused to be defined by their circumstances. This year’s honorees are government official Kaci M. Easley, community activist Penny J. Franklin, chemical engineer and inventor Joycelyn S. Harrison, football player and philanthropist Torrey Smith, and judge and musician Marcus D. Williams.

To find a downloadable poster or learn more, visit edu.lva.virginia.gov/strong-men-women-in-virginia-history.

Extending the right to vote to women in 1920 was a milestone in American history. But much work remained to ensure that all citizens had a fair and equal voice in governing the country and shaping its policies. Unfinished Business, a series of panel displays on the Library of Virginia’s second floor, explores the fundamental question of citizenship through obstacles that limited suffrage to some Americans, including the Equal Rights Amendment (first introduced in 1923), extending citizenship to America’s indigenous peoples, eliminating the poll tax and literacy tests, and the continuing advocacy for restoration of rights to felons. This exhibition complements We Demand: Women’s Suffrage in Virginia, running through March 31, 2021, in the Exhibition Gallery.

This year marks the centennial of the 19th Amendment to the United States Constitution guaranteeing women's right to vote. The story of Virginia's suffragists and their contributions to the fight for woman suffrage is little known. We Demand: Women's Suffrage in Virginia reveals how women created two statewide organizations to win the right to vote. Virginia suffragists were a remarkable group of talented and dedicated women who have largely been forgotten. They were artists and writers, business and professional women, and educators and reformers who marched in parades, rallied at the state capitol, spoke to crowds on street corners, staffed booths at state and county fairs, lobbied legislators and congressmen, picketed the White House, and even went to jail. At the centenary of woman suffrage, these remarkable women are at last recognized for their important achievements and contributions.

Items on display include suffrage postcards and memorabilia such as pinback buttons and badges, as well as banners from the Virginia branch of the Congressional Union for Woman Suffrage, photographs, and film footage. This exhibition is a project of the Task Force to Commemorate the Centennial Anniversary of Women’s Right to Vote. 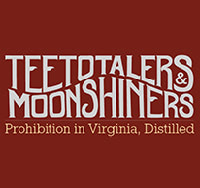 See the online exhibition at www.virginiamemory.com/truesons.

Come visit the traveling version of the exhibition New Virginians: 1619–2019 & Beyond, which explores the changing demographics of the commonwealth on the eve of the 2020 federal census through a series of interviews with first-generation immigrants and refugees who arrived in Virginia after 1976. Produced jointly by the Library of Virginia and Virginia Humanities, the exhibition is a Legacy Project of the 2019 Commemoration, American Evolution. For more information, please contact Barbara C. Batson, exhibitions coordinator, at barbara.batson@lva.virginia.gov or 804.692.3518.